Yes, Parents Can Be Charged with Kidnapping Their Own Children

Home/Yes, Parents Can Be Charged with Kidnapping Their Own Children

Yes, Parents Can Be Charged with Kidnapping Their Own Children 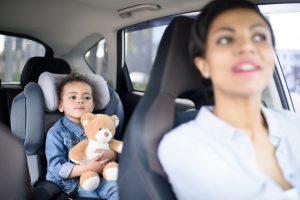 When you and your child’s other parent are divorcing, or just going through a child custody battle, unless a court order specifies otherwise, you both have legal rights to your child. However, when there has been a court order entered determining custody and visitation rights, taking your child out of state, out of the country, or even refusing to return your child from a scheduled visitation, is likely considered parental kidnapping.

There are as many reasons for becoming embroiled in a custody dispute as there are parents, and some of these reasons can trigger panic, fear, or just plain vindictive behavior leading to a parental kidnapping. Parents understandably become emotional about their children, and when divorce is involved there can be a host of other issues that rise to the surface, causing sometimes irrational behavior.

Parents have kidnapped their children because of abuse allegations, to punish the custodial parent, to cause harm to the children, or simply because a non-custodial parent had an opportunity to move to another state, but a court order prevented the children from moving with him or her.

International kidnapping is tougher to resolve

A ruling in a South Carolina court in 1994 caused a mother to flee the country with her infant daughter after she separated from her husband. When mutual claims of abuse and mental instability followed the mother’s pregnancy announcement, and a biased mental health diagnosis was made by the couple’s marriage counselor, the father obtained custody of a child he allegedly never wanted. Because the mother felt that she had no other option but to flee to protect herself and her daughter, they successfully remained hidden for 20 years.

If a parent moves his or her child from the United States to another country with the intent to interfere with the other parent’s right to custody, it is a violation of federal law and there are certain remedies available under the law in the event that you and your child are placed into this situation. For international kidnapping, the parent who took the child could face up to 3 years in prison for violating federal law – if that parent can be found and brought to trial.

Grounds to take action in a parental kidnapping

Under the Maryland Uniform Child Custody Jurisdiction Enforcement Act (“UCCJEA”), the State has authority to enforce an order under the Hague Convention for your child to be returned as if a child custody determination had already been made. This does not, however, guarantee that the foreign authorities will order your child to actually be returned.

The UCCJEA allows the Attorney General to take action whether the kidnapping of your child is domestic or international to locate or obtain the return of your child, or enforce a custody determination when:

If you fear that your child’s other parent may disappear with your child, you need to seek the advice of an attorney who can help you determine your best course of action to prevent it before your child goes missing. The attorneys at McCabe Russell, P.A. are experienced in child custody cases and will help you explore your options. To meet with one of our Bethesda child custody attorneys, call 443-812-1435, or reach out to us through our contact form. We also maintain offices in Rockville, Columbia, and Fulton.

"What long list of superlatives could one possibly come up with to describe these women (Heather, Emily, Anna and their staff)? Unsurpassed, professional, compassionate, brilliant, patient, understanding, fun, funny, kind, persevering, stalwart, honorable, beautiful, etc. Oh my goodness, I'm going to run out of room for this post! I think anyone would understand by all of these client posts, DON'T go to any other law firm; you'll be wasting your time and money. You ladies know you're way more than my attorneys, more than my friends. You're part of my family and will always be in my and my children's hearts. I love you dearly. Thank you for everything you've done for us"
https://www.mccaberussell.com/blog/testimonials/maggie-wood/
"I had the pleasure of working with Heather McCabe during a very unpleasant time going through a separation and divorce negotiations. In spite of some very questionable behavior on the part of the opposing counsel,...

"I had the pleasure of working with Heather McCabe during a very unpleasant time going through a separation and divorce negotiations. In spite of some very questionable behavior on the part of the opposing counsel, Heather always held herself to the highest professional and personal standards. In addition, she is a kind and supportive person, just the kind one needs during a trying time of life. Her support staff are also outstanding. I cannot recommend them highly enough and will forever be grateful for their help."
https://www.mccaberussell.com/blog/testimonials/susan-trachman/
"Great people and great work!"