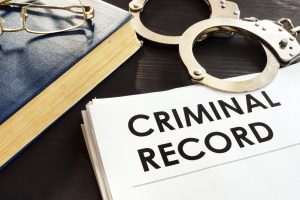 Most parents want what’s best for their children. That includes growing up in a stable environment with adults around them who will be good influences in their lives. Anything that feels unsafe can cause any caring parent to be flooded with fear and anxiety. What if you had no control over protecting your child from something or someone you knew could cause them physical or psychological harm? What if that influence was his or her other parent?

Parents have a right to time with their children. When a parent who has engaged in criminal activity suddenly decides to pursue child custody it can be frightening – for you and for your children. Building your case to show why it’s a bad idea is going to be the best tool you have to fight it.

What is in the best interest of the child?

Courts tend to believe that it is in the best interest of a child to have both parents involved in his or her life, to the extent that makes sense. The goal is to allow a child to form a health bond with both parents to enable him or her to grow up happy and healthy. To make sure this goal is met, there are factors the court takes into consideration in deciding child custody.

Some of these factors are:

Depending upon the crime(s) committed by your child’s other parent, he or she may not be able to meet many of the factors. Finding stable employment alone that will offer the ability to financially provide for your child can prove to be difficult, especially if the crime was a felony.

Having a criminal record could hinder a custody fight, especially if the crimes were serious and the judge doesn’t have enough evidence to show that parent has cleaned up his or her act. If the crimes involved violence or harming a child, a judge may not feel that it’s safe to award custody to anyone with that type of history.

Part of what a parent needs to prove to change custody is that there has been a change in circumstances that affects the child. Parental unfitness is one of these circumstances, but it is incredibly difficult to prove. When a court is faced with the choice of leaving a child in the custody of a parent who has taken care of him or her for a period without serious issues versus giving a parent custody who has a criminal past, it is unlikely there will be a change in custody.

What happens if custody doesn’t change?

When one parent is perceived as posing a potential threat to their child’s wellbeing, a judge, more often than not, is going to award that parent with a form of visitation instead. Other requirements may also be ordered that address the concerns that prevented a change in custody. Periodic drug and alcohol testing, parenting classes, and counseling are somewhat standard in cases where a court finds that a parent needs to prove they are willing to do what it takes to set their life back on a positive track for their child’s sake.

Visitation may be established any number of ways such as:

If you have had custody of your child and suddenly find yourself in a battle with a parent who has a criminal past and now thinks he or she is prepared to be a full-time parent, you need to know your rights.

The experienced Bethesda child custody attorneys of McCabe Russell, P.A. can help you form a strategy that shows why you are the better parent to maintain custody of your child. Schedule your private consultation with a devoted member of our legal team today by calling 443-917-3347, or we invite you to reach out to us through our contact form. We have additional offices in Fulton, Rockville, and Columbia.