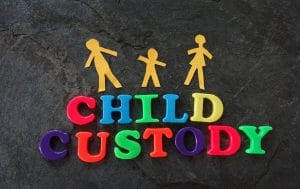 Determining child custody can be one of the most contentious aspects of divorce. Most parents have a basic idea of the different types of custody that are available in a Maryland divorce, but do you understand the difference between legal and physical custody, and how co-parents handle decision-making based on these distinctions? At McCabe Russell, we help you develop a custody agreement that honors the best interest of the children now and as they grow. And one of the more important components of that plan is understanding how legal and physical custody differ – and how they affect your parenting choices.

Legal custody, which gives the parent the authority to make important decisions about the education, religious training, healthcare and other important life decisions such as which school a child will attend, or the kind of medical care the child will receive.

In cases where parents share joint legal custody, then both parents share the legal decision-making authority, so they must consult each other and come to an agreement. If either of the co-parents leaves the other out of an important legal decision about the child, he or she might be held in contempt of court for violating the custody agreement, which has the force of law.

Physical custody is more concerned with the daily decisions of your children’s lives, such as where they will live, what they will eat, how they will spend their time, and so on.

After the parents’ divorce, the child will live with the parent who has physical custody and visit the other parent. There is a great amount of flexibility in creating a parenting time schedule, but a common one is a 50/50 split between the households of the two parents.

The combinations are numerous, and so long as your plan is in the best interests of your children, the courts will largely agree to whatever you and your co-parent deem necessary.

Custody determinations are not set in stone

It has been said that the only constant in life is change. When life circumstances change, such as a job promotion that requires one parent to re-locate, a serious illness which keeps one parent from being able to uphold his/her responsibilities in caring for the child, and countless other life events that could occur, custody arrangements can be modified. If you have a substantial life event occur and you need to modify your custody arrangement, a Fulton family law attorney from McCabe Russell, PA is ready to help you today.

The Fulton child custody attorneys at McCabe Russell, PA are prepared to answer your questions about family law issues. You can speak with an experienced lawyer serving Howard County clients by calling 443-812-1435 or filling out our contact form. We also maintain offices in Columbia, Rockville and Bethesda.