How Do We Ensure That the Best Interest of the Child Includes His and Her Safety?

Home/How Do We Ensure That the Best Interest of the Child Includes His and Her Safety?

How Do We Ensure That the Best Interest of the Child Includes His and Her Safety? 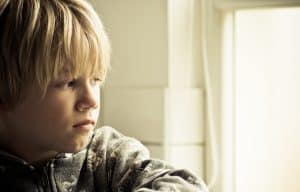 In 2012, a 15-month-old boy named Prince was killed by his father for the insurance money while the toddler was on a court-ordered visit with his dad. Prince’s mother, Hera McLeod, had opposed the visit, given Prince’s father’s history of violence. But McLeod’s warnings that her son would be in danger with his father fell on deaf ears, and now her son is dead.

McLeod is not the only parent whose concerns have gone unheeded: “In many instances, women are advised by their attorneys not even to raise their concerns for fear of being seen as vengeful, ‘crying wolf’ and alienating judges who are reluctant to deny a parent access to a child. Women who have been victims of domestic violence sometimes don’t make for good witnesses because of the trauma they have experienced.”

This problem is one that Maryland is now studying. Governor Larry Hogan recently announced the formation of a working group to study how child abuse or domestic violence allegations made during child custody proceedings are handled, the Washington Post reports.

Gov. Hogan’s working group will study child custody court proceedings involving child abuse or domestic violence allegations from a perspective of trauma-informed decision making. Chaired by Maryland Secretary of State John Wobensmith, the working group is comprised of Maryland legislators, parents impacted by current family court practices and domestic violence or child abuse, and recognized custody experts and organizations to hear about the new research regarding how these cases are adjudicated.

The goal of the working group is to raise awareness of a troublesome epidemic of children and parents’ reports of child abuse and domestic violence not being taken seriously when they are made in the context of a custody proceeding. With current judicial practices, children may be at higher risk of having to stay with the allegedly abusive parent after a custody proceeding according to findings from the research presented at the first working group meeting.

Maryland Senator Susan Lee, the sponsor of the legislation that created the working group (Senate Bill 567), said, “Courts and the entire state apparatus should do everything in their power to reduce the likelihood that children are placed with abusive parents. This workgroup will explore best practices to identify trauma behavior and mitigate preventable, life-altering harm.” The working group will discuss how to incorporate the latest research on Adverse Childhood Experiences (ACEs) in their processes and decision-making, and the group will make recommendations to Governor Hogan and the General Assembly about how Maryland courts can develop policies and practices that will help to ensure the safety and well-being of children and other victims of domestic violence.

The report from the working group is due December 1, 2019.

Hopefully, what these legislators and other stakeholders learn throughout this series of working group sessions will create a change in how things are done that will make a difference in the lives of children and even save lives. Lives like Prince’s.

If you are involved in a child custody dispute, a Bethesda family law attorney from McCabe Russell is prepared to represent you and protect your child’s best interests throughout the process.

The Bethesda child custody lawyers from McCabe Russell, PA are always ready to answer your questions about family law. You are welcome to call an experienced lawyer serving Montgomery County clients at 443-812-1435 or you can fill out our contact form. We also maintain offices in Columbia, Rockville and Fulton.

"Great people and great work!"
https://www.mccaberussell.com/blog/testimonials/samuel-pearson-moore/
I would wholeheartedly recommend Emily Russell and Danielle Warwick of McCabe Russell, PA. They helped me with resolving a very complicated case. I was forced to sign a separation agreement with an unmodifiable alimony clause,...

I would wholeheartedly recommend Emily Russell and Danielle Warwick of McCabe Russell, PA. They helped me with resolving a very complicated case. I was forced to sign a separation agreement with an unmodifiable alimony clause, incorporated into my divorce, that was opprobrious to me. I owed a lot of money I had to agree to pay to my ex to get out of a really bad situation. When I ventured to find a good attorney to help with my case, I interviewed another gentleman that made me feel terrible about having signed such an agreement. I decided not to call him back, and instead called and met with the McCabe Russell attorneys. There was no blame, no shaming, just understanding and empathy. Understanding is probably an operative word here – which is much needed for anyone in difficult and emotionally charged situations. Additionally, both Emily and Danielle were smart, fast, and accurate. I have dealt with different attorneys over the years and I usually have to remind them of the key facts and nuances of the case and correct the documents they produce. I am a detail-oriented person. I was extremely pleased to see that I made only minor tweaks to the documents they produced – if at all – and they had an amazing mastery of all the facts of the cases. All the filings were timely, there were no delays because they were too busy for me, and the attorneys were always on top of their game. They were respectful, and never lost their temper, even in the most difficult situations. They were highly effective with the judges and the arbitrator, and they were tough negotiators. They patiently explained all the intricacies of the case and laid out my options. They were available for discussions when needed and...
https://www.mccaberussell.com/blog/testimonials/olessia/
“Until my complicated and very contentious divorce, I had very little experience with the legal system. Close friends in the legal profession who had had first hand experience with the firm recommended McCabe Russell Family...

"You know that hard knot that sits in your stomach when you are about to embark on a new adventure, and even though there are maps and systems of navigation you are still not quite sure how you are going to get from point A to B. Mass information can lead to information overload. This is exactly what happened to us when we decided to get pregnant. But, as they say, when the student is ready the teacher appears. I don’t remember who referred us to Heather and Emily. I do remember both Emily and Heather taking turns answering our many phone calls and emails about the legal changes we had made in Florida and how to ensure they continued in Maryland. Name changes, living wills, wills, property ownership, estates, civil unions, legal marriage, and finally adoption. You name it we had a question and a follow up question for it and they answered all of them, over and over, with patience and respect until we felt comfortable with the information. Heather and Emily drove to Baltimore and met us after work, in between night classes, at dinnertime, in the middle of rush hour. They were dedicated lawyers with a mother’s heart who understood taxing work days, budgets, and the worry of creating a beautiful life illegally, since at that time Maryland’s gay marriage laws weren’t as hip as they are now. Selfishly, I didn’t even think to ask them during our rush hour meetings how they were going to make it to dinner for their kids. I had tunnel vision at the time or dome vision since that is what I looked like in the last trimester. We felt ready though. If we didn’t have the answer we had a team of people that did and had already been...
https://www.mccaberussell.com/blog/testimonials/c-s-dansberger-duque/
5
5
McCabe Russell, PA