How Can I Make Sure the Divorce Decree is Enforced?

Home/How Can I Make Sure the Divorce Decree is Enforced?

How Can I Make Sure the Divorce Decree is Enforced? 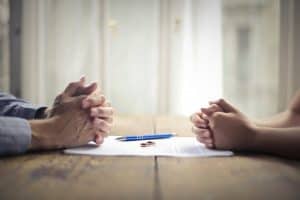 After having spent a considerable amount of time, money and emotional energy to come up with a Marital Settlement Agreement, or a divorce decree issued by a judge outlining the terms of the divorce, it can be frustrating when the other party is not abiding by the agreement. Whether the behavior in question occurs right away, or a few years after the divorce has been final, the aggrieved party does have a remedy for encouraging their former spouse to comply with the order.

A divorce decree has the force of law, so neither you nor the other party have the option to pick and choose which aspects to obey and which ones to ignore. The party who chooses to willfully ignore a court-ordered divorce decree is subject to being held in contempt of court.

What are the common issues involved when a person is in contempt of court?

Are you in compliance with the divorce decree?

Have you read through the marital settlement agreement and made sure that you have complied with every stipulation assigned to you? It could get awkward if you are pointing an accusatory finger at your former spouse only to discover that your hands are not clean either, so make sure that you are aware of the conditions of the divorce decree and that you have complied with them.

Try communicating with your ex-spouse first

If you are on speaking terms with your former spouse, you should try explaining that his or her actions is in violation of your agreement. There could be something going on in their lives that is causing the situation. Assuming the worst can lead to more disagreements.

Keep track of the infractions

If your ex missed one spousal support payment, you may not wish to take him or her back to court. However, if the problem is systemic, then you have every right to pursue what is yours. Make note of when payments are late, when you go to pick up the children and no one is home, all the times when your co-parent keeps the children for longer than they are allowed to do so, etc.

What are your options for enforcing a divorce agreement?

Stay in touch with your divorce attorney when you are facing complicated disputes such as trying to hold your former spouse in contempt of court. At McCabe Russell, we are here to advocate for our clients’ rights. Our skilled team of family law attorneys are here to fight for you when your former spouse is not adhering to the divorce decree.

At McCabe Russell, PA, we protect your interests as we support you throughout the divorce process. Our Rockville divorce attorneys protect your best interests every step of the way. You can speak with an experienced lawyer by calling 443-812-1435 or filling out our contact form. We also maintain offices in Columbia, Bethesda and Fulton.