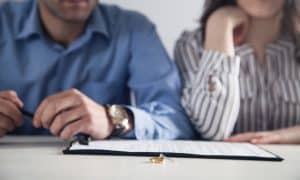 It happens more often than you may think: a couple files for divorce thinking there is no way they will ever be able to put their differences aside. Then after the whole divorce process is started, either one or both of them come to terms with the fact that they do not actually want this. They start to work out their differences without a lawyer and realize that this was blown way out of proportion. They love each other. They don’t need a divorce! But now what?

First, know that you are not alone. Even some of the most high-profile people in Hollywood have decided not to go through with their divorce after filing. Most recently, Sylvester Stallone and his wife of 25 years, Jennifer Flavin, filed for divorce in late September of this year after she was quoted saying their marriage was “irretrievably broken.” However, it was only about two weeks after that in which they announced that they were actually going to try and resolve their issues outside of court, for the sake of themselves individually and as a family.

Many couples may reconsider divorce soon after filing

It may sound a little crazy – after going as far as filing for divorce, meeting with lawyers, and starting the process, why would couples change their mind? Well, researchers from the University of Alberta conducted a survey a few years ago with married individuals between the ages of 25 and 50 years old. When first surveyed, about 25% of them thought that their marriage had a lot of problems and seriously considered divorce. However, when re-surveyed a year later, about half of those people no longer considered divorce. Because of this study, it is likely that a lot of people simply jump the gun.

Even if couples are considering divorce, this study suggests that it is worthwhile for them to hold off on filing any formal paperwork until they see if they can work out their differences. Merely waiting just a little longer could save couples from a huge headache later down the line.

Can you stop the divorce process in Bethesda?

In the state of Maryland, it is not technically possible to just stop your divorce proceedings. However, you can file a motion to dismiss the case if you reconcile before everything is finalized. Depending on how far along you got in the process, this may require both partners to request a motion to dismiss. If you were the one who filed for divorce and it was recent enough that your spouse has not yet replied, then you can simply file a mission to dismiss it without needing them to do the same. They will only need to file a motion as well if they have already replied to the initial divorce filing.

Is it worth trying to save my marriage?

Marriage is not easy, and you may feel like you are sometimes not being heard by your partner which leads to frustration building up over time. At first, divorce may seem like the easy way out as you just leave all of the conflict behind, but that can be tough to do when there is still so much love between you and your spouse.

In an effort to not jump the gun and file for divorce too quickly, it is important to remember that there are other avenues to explore before going straight to an attorney’s office. Consider:

Marriage takes work, good communication, and effort between both spouses to make it last, and that is exactly what Sylvester Stallone and Jennifer Flavin figured out during their process. An inside source told PEOPLE a couple weeks ago that they are working hard to fix their issues and reunite as one happy couple.

If you have recently filed for divorce and are having second thoughts about going through with it, you should talk to an experienced divorce lawyer. The Bethesda family law attorneys at McCabe Russell, PA can help you determine the best option. We proudly serve families in Fulton, Bethesda, Rockville, and Columbia. To set up a consultation, call our office, or fill out our contact form.